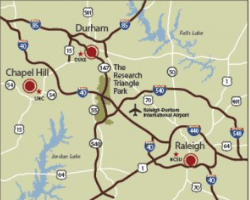 As part of its investments and expansion, Apple recently announced plans for expansion across the country and will invest over $1 billion in North Carolina, beginning with construction of its first East coast campus and engineering hub in the Research Triangle. The project is expected to create at least 3,000 new jobs—with an average salary of $187K per year—in machine learning, artificial intelligence, software engineering, and other cutting-edge fields.

In welcoming Apple to Research Triangle Park, North Carolina Governor Roy Cooper cited the state’s workforce, university system, and commitment to diversity and inclusion, as incentives for Apple’s selection and added that the area is a center for innovation.

"There's no question North Carolina is the best state in the country to live, work and do business," President pro tempore of the North Carolina Senate Phil Berger said. "There's a reason this transformative project isn't happening somewhere else. We’ve spent 10 years enacting a responsible budget, lowering taxes and making regulations reasonable. The winning formula for job creation. That formula combined with education reform and funding is attractive to job creators, big and small.”

Wake County, North Carolina, offered Apple a business development grant that will pay 50% of new property tax growth back to the company after it has met minimum investment requirements. Normally that grant is good for only eight years, but the county has offered to extend it for 30 years due to the “transformational nature of the project,” county spokeswoman Dara Demi said. $112.4 million from state income taxes paid by Apple’s new employees will flow to a utility fund for broadband, roads, bridges and other infrastructure projects in rural communities.

Apple’s expansion also includes investments in 9 other states, Pennsylvania not among them, though Apple noted it surpassed 2018 hiring expectations in Pittsburgh.

Sound off: How can Happy Valley become more competitive for investments from tech giants like Apple, or better yet, keep starting up and growing our own? Tell us in the comments.