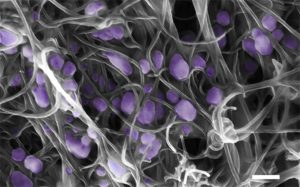 Identifying a new or emerging pathogen involves three tasks: collect a representative sample, analyze the sample and interpret the results. Using established methods, collecting a sample, isolating and concentrating a virus involves multiple steps, taking hours or days to complete. A virus often needs to be chemically labeled in order to isolate it for analysis. Identifying the virus requires genetic sequencing, a time-consuming process that takes skilled and knowledgeable workers to execute.

However, in a recent news release, a team of researchers, including a multidisciplinary group at Penn State, is reported to have developed a way to do all three of the tasks above in just a few minutes, rather than in hours or days.

With this new method, samples are collected in a carbon nanotube cartridge filter developed at the Material Research Institute in Innovation Park. The filter isolates the virus based on size alone and without a chemical label. The samples are analyzed directly on the filter medium by enhanced Raman spectroscopy. The results are then interpreted by a highly trained machine learning model, developed by researchers in the Penn State College of Information Sciences and Technology, that can identify the virus in minutes.

These technologies are being refined by Penn State researchers in cooperation with researchers from Johns Hopkins University, George Washington University and the National Institutes of Health.

To make early virus detection, tracking and isolation a reality, “Ideally we want to test as many people as possible,” according to Elodie Ghedin of the National Institutes of Health and co-author of the study led by Penn State.

Regarding the Material Research Institute-developed filter cartridge, Mauricio Terrones, professor of physics at Penn State, said, “This could have major impacts on the way we detect and manage viral outbreaks across the globe. The technology could help medical personnel to develop vaccines in a more timely way, and lead to saving countless lives.”

But this new process doesn’t only reduce the time needed to identify emerging viruses. It is possible that the process could also be performed directly in the field, by technicians with just a few handheld devices. That would reduce the cost of determining both the identity of the virus and its wider distribution in a given population.

Terrones wrote, “Eventually, we foresee this technology becoming available to anyone visiting their family doctor. Within two minutes, a person would know whether you have a respiratory virus by comparing the result of the spectroscopy test with other results in a database. In the future, this technology could be at hospitals, airports and inside commercial aircraft to avoid outbreaks. And the captured viruses, still viable, can be replicated to develop a vaccine.”

So why Penn State? Terrones said it best in this article by Seth Palmer. "One of the major strengths of this university is that it's highly collaborative,” he said. “One discipline itself is not enough for tackling very complex problems, and the fact that you can communicate easily with others in other disciplines, to build multidisciplinary teams in which each member complements everyone else — I think that’s where things really move forward.”

What does the research mean for you?

The ability to collect and concentrate viruses in a carbon nanotube filter means that samples for this new process can be collected just by breathing into a tube.

Human population density is increasing. Humans are also increasingly in contact with a high diversity of mammal species. These conditions mean that it is highly likely that we will see more and more frequent disease outbreaks and even pandemics. Therefore, for our own safety, it will become increasingly important that we be able to identify and respond effectively to unknown disease agents. Having a faster, lower-cost method to do that makes the decision to test large numbers of people politically and practically easier. This technology makes that possible, and that’s a technological advance we can live with. 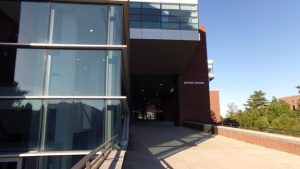 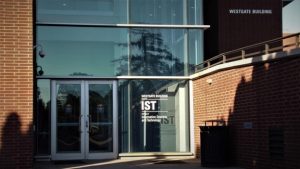 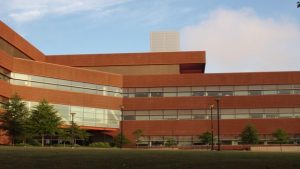