Nuclear power — Is it the future? 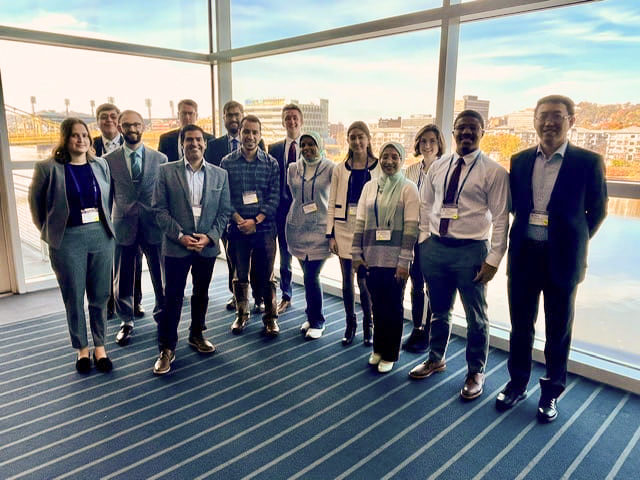 The world’s energy needs are quickly rising. The demand for electricity alone is growing exponentially, increasing approximately 200% faster than overall energy use, according to the World Nuclear Association. Additionally, that demand is predicted to nearly double, while overall global energy needs are predicted to rise by 26%, by 2050.

Nuclear power currently provides about 10% of the electricity across the globe. Could it be the future of energy?

Here in Happy Valley, research and development has always been integral to the growth of the nuclear industry. To get an expert’s insight on the subject, we spoke with Dr. Jean Paul Allain, the department head of Penn State's Ken and Mary Alice Lindquist Department of Nuclear Engineering, who noted that, “Happy Valley has been a hub for nuclear technology development and fundamental nuclear knowledge since the mid-1950s.”

He added, “Today we have a burgeoning growing department, becoming independent again in 2019 since its founding in 1959.” Nuclear was combined with mechanical engineering in 1997. “The Ken and Mary Alice Lindquist Department of Nuclear Engineering is working on some of the most emerging research in advanced nuclear energy, including advanced nuclear materials, heat pipe design, neutronics, nuclear safeguards, security and safety, nuclear fusion technology and nuclear detection.”

“Happy Valley has been a hub for nuclear technology development and fundamental nuclear knowledge since the mid-1950s.”

There is a great history in both nuclear research and nuclear safety at Penn State, as the university boasted the first research nuclear reactor in the country. A number of Penn State faculty were commissioners on the Nuclear Safety Commission (NRC). Professor Warren Witzig established, at Penn State, one of the earliest programs in continuing education and training in radiation, nuclear safety and environmental effects for public education. Prof. Larry Hochreiter, who was a pioneer of nuclear safety principles and testing, served on Penn State’s faculty many years and worked with the NRC many more.

Allain said, “More recently Professor Fan-Bill Cheung has established a world-leading laboratory for nuclear safety analysis that we are all very proud of at Penn State.”

So what does Allain think about the future of nuclear energy?

When asked about the role of nuclear power for the future, Allain pointed out that nuclear energy has been generating reliable, carbon-free energy for decades, since the late 1960s. Reliability is one of the strengths of nuclear power. Additionally, it’s worth noting the world’s increased need isn’t just for energy; it’s for an energy supply that’s reliable, resilient, scalable and sustainable, and nuclear power could help meet that need.

“That demand will only continue growing as developed nations transition to non-fossil energy supplies and developing and emerging economies look to grow their economies and standards of living dramatically over the next two to three decades,” Allain said. “Meeting this dual challenge of limited carbon-free energy supplies while dealing with increasing energy demands in a reliable and sustainable way will require a mix of energy sources that will not only include nuclear energy, but in a significant way.”

Two of the most attractive features that nuclear energy offers? Density and scalability. While the footprint for other alternative energy sources like wind and solar requires a significant amount of land, nuclear power requires relatively minimal space.

"The Ken and Mary Alice Lindquist Department of Nuclear Engineering is working on some of the most emerging research in advanced nuclear energy."

“Wind and solar not only require significant land, but also, in Pennsylvania, both require local governments to work closely with utilities to enable access to strategic land. For one gigawatt (GW) of generation, wind requires 40 to 70 square miles and solar about 40 square miles of land. In contrast, conventional nuclear energy requires only about one-third square miles of land,” said Allain.

A nuclear power plant generating about one GW of power can provide electricity for approximately 2 million homes. Currently, between 30 and 40% of Pennsylvania’s electrical power comes from the carbon-free nuclear power generated by the state’s four, active nuclear power plants, which saves megatons of greenhouse gas emissions every year.

Allain said, “Conventional nuclear power combined with natural gas production will enable a strategy for Pennsylvania to begin decarbonizing the grid, while other alternative carbon-free technologies such as solar and wind come online.”

“Solar and wind are intermittent sources,” he added. “They require battery technology that currently does not scale with demand. Although conventional nuclear power plants are costly and lengthy to build, a new class of advanced nuclear systems are being developed that could address some of these challenges.” 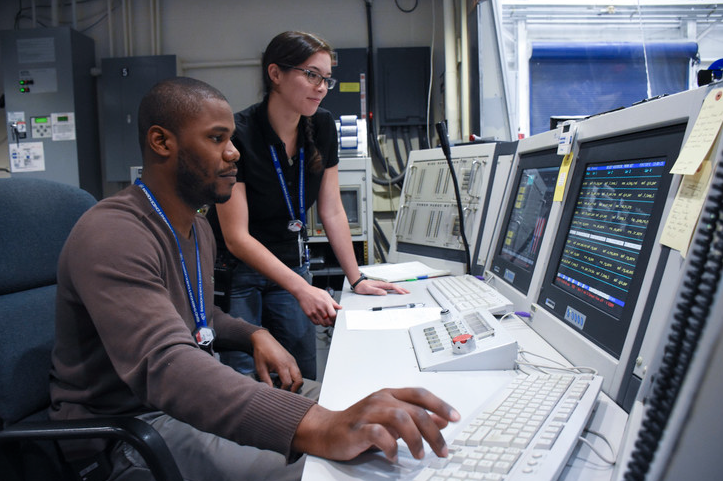 The systems are small, modular and micro reactors that can deliver similar 24/7 power, but with more versatility in their construction and operation. “These reactors require even less land than conventional reactors,” said Allain. “They can also be integrated into industry due to their generation of high-temperature heat. In addition, these reactors can even be combined with renewables to provide energy storage and provide scale to solar and wind and provide manageable land use schemes that make them more adoptable.”

Currently, nuclear power generates approximately 50% of the carbon-free electricity in the US. “All 55 power plants operating 93 nuclear reactors avoid carbon emissions annually equivalent to about 100 million cars,” remarked Allain. “One key benefit is nuclear power’s energy density — the amount of energy generated per gram of fuel – compared to other sources of energy. For example, one uranium fuel pellet that is less than an inch long can provide as much energy as one ton of coal, 149 gallons of oil and 17,000 cubic feet of natural gas.”

One key benefit is nuclear power’s energy density — the amount of energy generated per gram of fuel – compared to other sources of energy.

“The waste from all of the fuel produced and used by the commercial nuclear industry in the United States since the 1950’s would fit over a football field to about a height of 10 yards. That’s it, all of the waste from over 70 years. Compare that to coal that generates that same amount of waste every hour!”

But is it safe?

But you can talk about the benefits of nuclear power all day long, and the same question will always arise: Is it safe?

When asked about the safety of nuclear power, Allain said, “I think we should all care and look carefully at safety for all energy sources. Comparatively nuclear is one of the safest – if not the safest – energy technologies around. Part of the reason is due to the exemplary safety culture that exists in nuclear power.”

To learn more about the Ken and Mary Alice Lindquist Department of Nuclear Engineering, visit https://www.nuce.psu.edu/.