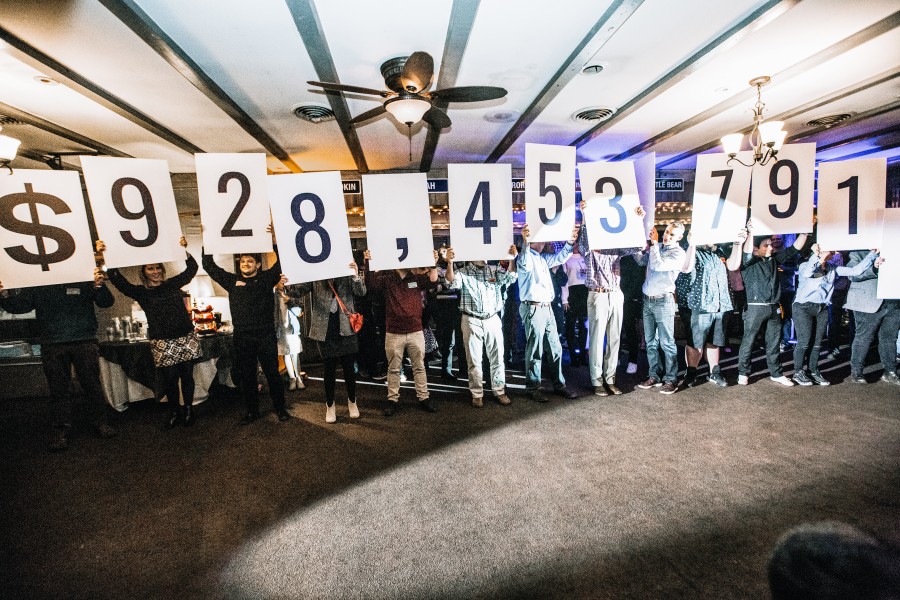 KCF Technologies is on a mission to keep American manufacturing strong and thriving. Since 2017 the company has more than doubled its savings for customers every year. In 2017, the company saved plants and factories across the U.S. $100 million. In just four years, its impressive trajectory will save customers $2 billion in 2020 by catching machine failures before they happen.

A top-10 research university. The world’s leading experts in vibration technology. A deep-rooted passion for innovation and problem solving, and an industry-changing commitment to the people whose lives and livelihoods depend on effective emerging technology.

KCF Technologies was founded on cutting-edge Penn State research in 2001 by Jeremy Frank, Weicheng Chen, and Gary Koopmann. Jeremy and Weicheng grew under the tutelage of Gary until they became a trio of Penn State researchers aiming to solve problems before they happen, by using innovative solutions in emerging technology.

The Frank’s familial line to entrepreneurship and commitment to innovation began with John Frank, father to Jeremy, who witnessed the decline of the manufacturing boom firsthand. John’s father, Clayton, worked his entire life in a manufacturing plant. He retired in the mid-1970s, but his plant steadily declined before closing permanently in 1990, leaving a permanent hole in Mansfield, OH. The Franks recognized manufacturing’s failure to innovate that left many families broken as a result.

With his experience and historical knowledge, John became a business owner. He founded a company with a niche specializing in forensic accident investigations. He incorporated Jeremy into his work and, as a 15-year-old high school student living in the suburbs of Pittsburgh, Jeremy worked next to his father studying case files for the engineering forensics firm. Together, father and son scrutinized graphic narratives about helicopter crashes, crane accidents, and other catastrophes — catastrophes that left soldiers, workers, and civilians burned, severely injured, or deceased.

The details of these tragic stories became imprinted on Jeremy’s mind. While his dad investigated how and why the accidents happened, Jeremy’s ambitions led him a step further. He sought to solve the unnecessary problems causing so much pain, preferably before they ever occur. That’s where Jeremy’s vision for KCF Technologies began to take root.

Gary, a prestigious professor with a decorated career, is also a founding member of KCF Technologies. His expertise in vibration technology is unrivaled. Among his seasoned positions, he has served as a research scientist for the U.S. Naval Research Laboratory, director of the University of Houston’s Laboratory for Sound and Vibration Research, and associate professor at George Washington University. His expertise gave him opportunities to teach in both the U.S. and abroad. Gary went on to become a distinguished professor of mechanical engineering and director of the Center for Acoustics and Vibration for the Department of Mechanical and Nuclear Engineering at Penn State, collecting accolades such as the Penn State Engineering Society (PSES) Outstanding Research Award, the PSES Premiere Research Award, the ASME Per Bruel Gold Medal, and the Humboldt Award along the way. The Humboldt Award was awarded by the Alexander von Humboldt Foundation in Bonn, Germany, which was established to promote international research cooperation. It afforded Gary the opportunity to spend six months conducting experiments at Germany’s Aerospace Research Center and Space Agency.

Gary served as a valuable asset in mentorship to Jeremy. He provided expertise, guidance, and leadership as Jeremy earned his undergraduate degree, and eventually a PhD, in mechanical engineering. Their relationship made it a natural step for them to partner Gary’s life’s work in vibration technology with Jeremy’s vision and personal experience to produce real-life, commercial applications.

Today, Gary and Jeremy make up the values that propel KCF forward: smarts, grit and drive, in order to benefit American manufacturing and the communities who rely on it.

At the Core of KCF Technologies

The vibration technology at KCF’s core was born out of Penn State’s Center for Acoustics and Vibration and first honed, proven, and embraced by the U.S. military. The military now relies on it to monitor machine health on key Blackhawk helicopter components and ultimately prevent crashes.

Even at KCF’s beginnings, Jeremy and Gary knew the state-of-the-art vibration sensors, if installed on critical machinery in factories across the U.S. and used appropriately, had the potential to revolutionize American factories. Factories could be safer, more productive, and more competitive—saving jobs, and even saving lives.

It was at this challenging point in KCF’s history that bankruptcy looked like a real possibility and morale was low. Nonetheless, what may have tempted others to throw in the towel only made Jeremy and Gary dig in their heels. They sought additional funding to pull them through, because they believed in their product. They vowed to evaluate and self-correct until the company made the impact they knew it could. It took multiple rounds of trial and error. It took honest self-evaluation. And above all: it took grit. A grit seen even by customers who have labeled them “Google with dirt.”

That self-assessment revealed a critical flaw in KCF’s strategy. Technology is a tool — a tool that can only go so far without the appropriate operators. A focus on people was the missing link. Success does not exist in a vacuum. It isn’t technology or people — it is both. This revelation led to a major pivot that resulted in KCF’s, and in turn its clients’, success.

KCF doesn’t just sell a product; in fact, the product is almost secondary to the emphasis put on its implementation. KCF is the bridge that connects a highly sophisticated technology with its end user, in order to allow manufacturing facilities to realize the changes emerging technology has promised. KCF elevates plant workers, soldiers, and other end-users to a place of authority over the technology they operate, making them the heroes behind crucial operations — and making KCF Technologies different from every one of its competitors.

KCF has seized the opportunity to mobilize boots on the ground to work aside every machine and sensor, in order to ensure successful optimization of each plant for failure prevention. KCF is at the forefront of the intersection between technology and its end user — a pivotal realization for the industry.

In addition, a team of top-level engineers dubbed the “Sentry Team” was added to own the results of client investments. They monitor machines in real-time to avoid catastrophic failures that risk lives, halt production, and bleed money in lost productivity and repairs. Rather than simply selling, KCF stood behind its product and put clients’ interests first, by ensuring proper utilization of the product sold.

Using this approach, KCF helped customers achieve $928 million in savings in 2019. The company is on its way to $2 billion in 2020, achieved not only by innovative technology, but also by a personal commitment to the people using it. And beyond the billions saved, KCF Technologies recognizes the far-reaching effects of its products’ success. Effective use of emerging, innovative technology extends into the lives of real people — their safety and security, and the vibrancy of the communities where they live, work, and raise their families.