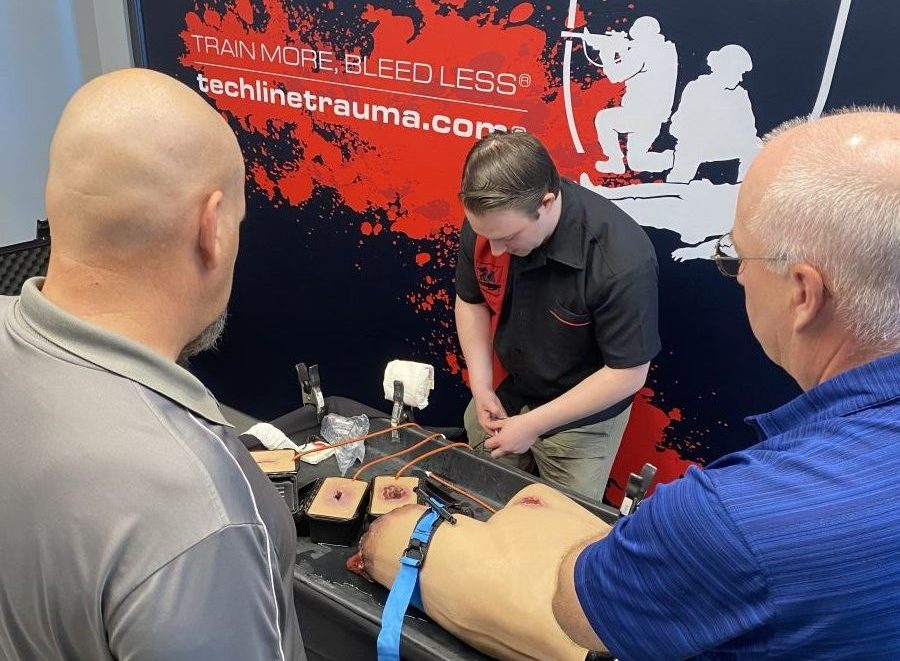 Eric Porterfield, CEO of the Emergency Response Training and Certification Association (ERTCA), a nonprofit housed at Innovation Park, credits a grant from the Ben Franklin Technology Center for helping him jumpstart his Distance Learning Network (DLN) — a business that laid the foundation for his current initiatives.

“DLN was a satellite-based, continuing education company focused on mental health and grew from 17 viewers in 1997, to 45,000 in seven years, making it one of the largest paybacks in the history of the Ben Franklin Technology Partners program,” said Porterfield.

DLN’s weekly viewership delivered continuing education over the noon hour to doctors, nurses and therapists and spanned a total of 50 states before being purchased by the United Health Group. Then, Porterfield was called on to attend a meeting on police cadet education and certification.

“We have made it our goal to … address deficiencies in police training and replace antiquated ideas and practices with well informed, cross-cultural and multi-jurisdictional voices from every walk of life and every type of community.”

“When I got together with the director of the Mansfield University Public Safety Training Institute, I realized that training police officers and doctors wasn’t all that different than healthcare professionals,” Porterfield said, adding that he quickly learned that existing programming lacked standardization. This led him to begin speaking with insurance companies, which seemed to have a difficult time underwriting costs due to the diverse laws surrounding various situations. “What caught my attention specifically were areas like oversight standardization and data outcomes, all of which were lacking in law enforcement education,” he said.

“Our goal is to identify risks to the public and law enforcement personnel, reduce those risks through training and education and then reinforce best practices throughout the year,” said Porterfield, when defining what exactly it is ERTCA does.

Among the subjects tackled by ERTCA are police culture, community policing, mental health’s impact on policing procedures, emergency response in rural and disenfranchised communities, police and emergency communications and challenges with NG911, a next-generation initiative to update the 911 infrastructure. Porterfield explained that these issues are a large part of the current focus and the mission of the nonprofit is not only to keep the conversation growing, but also to improve both the cadet and the 40-year veteran’s understanding of what it means to protect and serve with human dignity and understanding as a core value.

During ERTCA educational events, first responders are asked to offer their input as a way of better understanding their unique perspectives on an industry largely guided by legislation and laws. Porterfield said that it’s input like this that’s helped ERTCA seek new solutions, like partnering with a company that manufacturers ‘The Glove,’ which has the same effect as a taser, but with less voltage. 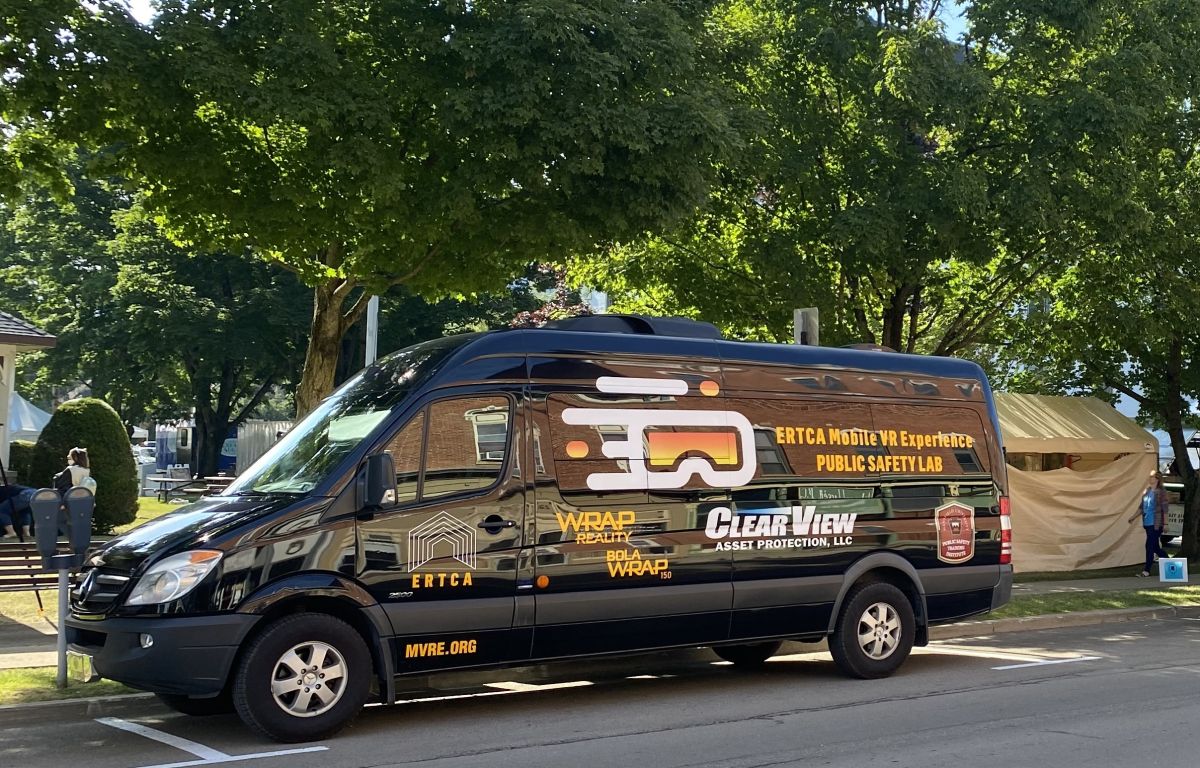 This isn’t the only example of ERTCA using private industry to explore solutions to existing issues, according to Porterfield. AT&T is another company that has been tapped to work with ERTCA as part of the new emergency management platform replacing 911. Microsoft also participates.

“We are trying to make the car communication system more pertinent to the matter at hand. For instance, a driver being pulled over could have autism and present behaviors that may lead to an officer perceiving the individual as evasive, or even dangerous. The officer might learn from the tablet in his car that the individual is known to police as being on the autistic spectrum and, in turn, approach a situation differently,” explained Porterfield.

Another company provides a biometric watch, which monitors officers’ oxygen and heart rate. This feedback might then help the officer assess his own condition prior to arriving at a call. “Those who wear this can keep an eye on their vitals and slow down, for instance, if their heart rate is unusually high,” Porterfield said.

ERTCA vets all products before recommending and credentialing them. One such product is the “PASS App for Pa,” which is still in development. The app is being developed by ERTCA and four other company partners, with the goal of making risk valuation assessments accessible at all K-12 schools throughout Pennsylvania.

“The PASS App will allow schools to self-assess and contribute to an AI model that will focus on risk prevention through daily engagement with school staff.  A lot of education and training will focus on being predictive – knowing what to look for in terms of risks and then making them part of a routine that will include not just teachers, but additional staff like janitors,” said Porterfield.

A $70,000 mannequin is another tool ERTCA uses to educate first responders.

“We are taking those to the same communities where you might have police officers and firefighters roll up on an accident. The mannequins are capable of bleeding and communicating,” said Porterfield, explaining that the realism helps all first responders to be more mentally prepared for acute conditions that they may never have seen before.

“DLN was a satellite-based, continuing education company focused on mental health and grew from 17 viewers in 1997, to 45,000 in seven years, making it one of the largest paybacks in the history of the Ben Franklin Technology Partners program."

“Getting someone relatively familiar with the steps to take when dealing with a loss of limb following car accidents begins with being emotionally prepared for witnessing such an injury,” he added.

Porterfield summed up, “We have made it our goal to … address deficiencies in police training and replace antiquated ideas and practices with well informed, cross-cultural and multi-jurisdictional voices from every walk of life and every type of community.”