Happy Valley Startup Gives a Voice to the Voiceless 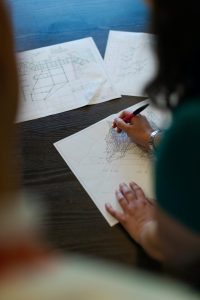 Founder Mary Elizabeth McCulloch and her team at Project Vive are giving a voice to those silenced by disability, with Voz Box, an affordable device which converts users’ movements to speech.

“My whole life, I’ve had a lot of experience…with people who have communications disabilities,” McCulloch explained, mentioning her grandfather, as well as two uncles who lost their ability to communicate due to ALS. “When you lose your voice, it’s not just the voice that’s gone. It’s also an ability to control your life, to connect with other people. Especially for someone who’s the head of their household – it’s not only their voice that’s taken away; it’s also their role in the family. I’ve seen that personally.”

While volunteering at an orphanage in Ecuador, which housed a number of children and adults living with cerebral palsy, McCulloch learned to bridge the gap left by communication disorders. By asking yes or no questions and noticing different responses from residents, she realized that small motions like blinking or tapping a finger could be used to communicate.

She returned to Penn State later that year with a vision.

“It really hit me… [All these people], because of their disabilities and inability to speak, were never going to have the chance to live out their life goals. I was really affected by that.”

Even before graduating with her Bachelor’s in Bioengineering and Biomedical Engineering in 2016, McCulloch founded Project Vive. She began work on Voz Box to provide verbal communication tied to motions like kicking or wrist movements.

“During my first two years at Penn State, I started working on this idea of a low-cost, speech-generating device,” McCulloch said. “I didn’t really know how, but I had a passion for it. I spent my freshman and sophomore years prototyping…I took these cut-outs from a trash can and put a little potentiometer between them to measure the angle of someone’s leg when they would kick and started writing a program to automate yes-no questions.”

“I realized that for me to make a big impact, I was going to need to scale, and to scale, I was going to need funding and a sustainable business model...” McCulloch said, listing the Invent Penn State Summer Founders Program, the Happy Valley LaunchBox and the National Science Foundation’s I-Corps™ Program as major developmental milestones and sources of inspiration for both the business and the device itself.

But she isn’t done yet, and realizes there are still many challenges ahead.

“We’re still just getting started. We’re still a startup. I feel really privileged, honored and grateful that we’ve come this far, especially when I see other startups that haven’t. You don’t want to be in a position where you gave someone a voice [with] this device that changed their life, and then three years from now… you’re out of business.”

Looking into the future, McCulloch envisions the company going global. After their successful pilot launch in Ecuador and having sent a device to Sri Lanka, she hopes to take Voz Box to Africa and the Dominican Republic.

“We have a moonshot of 1 million voices by the end of 2023,” she said. “What we’re doing right now is making a really robust product and a robust training model that will allow for virtual training and maintenance. We’re working on the development of our final product, doing a lot of testing with the ALS clinic, with people with ALS, hydrocephalus, stroke and cerebral palsy...then we’ll really work on the integration of that into the school system.”

When asked if she had advice for anyone entering the Happy Valley startup world, McCulloch got right to the point: it’s the voices of the customers that matter the most.

“If you’re building a product, come from the place where your customers are. And if you don’t have that, then get it! Live with your customers, see what they’re doing, really feel their needs, their joys, see what runs them and what they’re passionate about. That should really be the first thing when you have an idea. If you figure that out in the beginning, everything is so much easier to explain: value propositions, your channels – you know where all those things are.”

To learn more about what Mary Elizabeth McCulloch and Project Vive are doing, or to help give disabled persons a voice, visit their website or make a donation today.