Happy Valley just ranked as one of the top places to live in the United States, again. The Livability rating was based on economics, housing, amenities, infrastructure, demographics, social and civic capital, education and health care. But what the study did not take into account is the pinch-me level of big ticket fun that’s happening all year ‘round. And now that Arts Fest and 4th Fest are behind us, we’re counting down the days until home game Saturdays, and all the great fall food and entertainment that comprises the Happy Valley experience. Here’s what’s coming up! 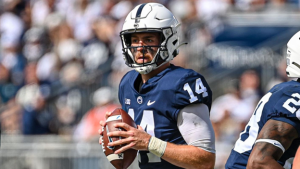 Penn State battles Ohio in the first home game of the season. It’s a noon kickoff, which means there’s time after the game to explore downtown State College to check out the newly renovated Tavern or head to Bellefonte’s Titan Hollow for the evening.

This performance is on a home game weekend! John Mulaney is a two-time Emmy and WGA award-winning writer, actor and comedian. The John Mulaney: From Scratch tour has sold out massive venues around North America from Madison Square Garden multiple times to the Hollywood Bowl and he continues to add more shows. 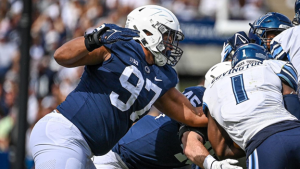 Yes, it’s White Out and Homecoming, Oct. 22, in this game against Minnesota. It’s Minnesota's first appearance in a Penn State White Out, and Penn State also will wear its alternative "Generations of Greatness" uniforms. 7:30 EST kickoff. 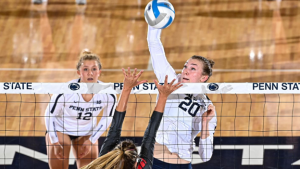 Cheer on the women’s volleyball team in their first Big Ten Network home game of the season on Oct. 29, and again just four days later as the Lions host Maryland, Nov. 2. In all, the team will have at least 11 matches on national television in 2022, including 10 matches against Big Ten opponents and one non-conference matchup against Stanford. 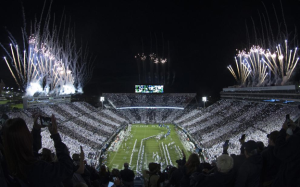 Former Ohio State coach Urban Meyer has been quoted as saying that White Out represented a 10-point home advantage for the Lions, who are 9-8 in White Out games. This year, Ohio State gets a reprieve from playing in White Out, instead making an appearance for Stripe Out, Oct. 29. Go to pennstatestripeout.com to find out whether your section will be wearing blue or white. 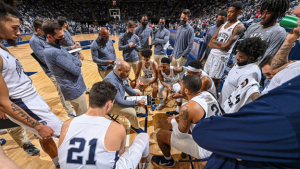 Penn State men’s basketball is entering its second season under head coach Micah Shrewsberry. The Nittany Lions return a core group of upperclassmen in addition to welcoming three highly-accomplished graduate transfers and an incoming freshmen class of five that is the highest-ranked recruiting class in program history. Throughout the season, the Nittany Lions will face seven double-play opponents and six single-play opponents in the 20-game Big Ten men's basketball slate. 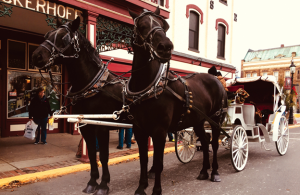 Ring in the holidays in Happy Valley with Bellefonte Victorian Christmas — a merry old-fashioned holiday extravaganza featuring entertainment, concerts, high tea, horse-drawn carriage rides, the Under the Lights Winter Market and so much more.

On the heels of her triumphant headlining return to the iconic Stagecoach Festival, eight-time GRAMMY Award-winner and three-time ACM Entertainer of the Year Carrie Underwood  is coming to the Bryce Jordan Center on Friday, Feb. 10, 2023.

SOLD OUT: March 18: Springsteen and the E Street Band

Bruce Springsteen and The E Street Band tickets got nabbed in one of the fastest sellouts in Bryce Jordan Center history! They’ll be kicking off their 2023 international tour with 31 performances across the United States, including a stop at the Bryce Jordan Center on Saturday, March 18. 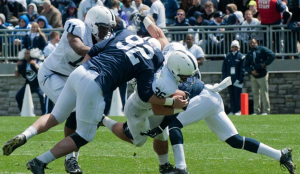 Penn State University's unofficial annual spring reunion is only months away. While the official date has not been announced for 2023’s Blue White game, it is historically held at the end of April. Last year’s event included a fan festival and Blue White boardwalk in addition to the scrimmage. As always, attendance is free, and parking passes can be purchased for $20.