Revel: bringing EV innovation to a city near you 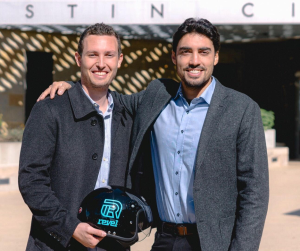 When co-founders Paul Suhey and Frank Reig founded Revel Transit in 2018, they never imagined that they’d be on the streets of New York City swapping batteries and replacing brake levers and mirrors at 2 a.m. during a pandemic. But that’s what it took to keep things moving. The initial demand for their electric mopeds was so strong, they needed all hands on deck. “At the early stages, you’re really doing everything. The benefit of that is you feel an immediate sense of accomplishment because you’re getting work done,” said Suhey.

Suhey and Reig traveled non-linear paths to success. Suhey majored in chemical engineering at Penn State and Reig was a professional chef. Both were preparing to enter graduate school, when they decided to tackle a problem that plagues all New Yorkers: travel.

Reig is a native New Yorker and Suhey visited the city often. Both were frustrated with the time it took to explore new neighborhoods and navigate to different restaurants. Suhey traveled enough to know that the rest of the world used mopeds much more than we do here in the United States. “It was a light bulb moment for us. Why don’t New Yorkers and Americans drive this vehicle type? That’s where everything started,” said Suhey. 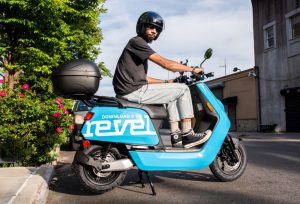 Today, Revel has about 3,000 electric mopeds in New York City. Revel mopeds can also be found in Washington D.C., Miami and San Francisco. A motorcycle license is not necessary to rent or ride, and helmets are included in the rental fee. Riders can rent by the minute or choose half-hour, hour or full-day ride passes. About a year ago, Revel also launched its own EV rideshare service using a fleet of Tesla Model Y vehicles that Revel owns and operates. “Since our rideshare launch, we’ve done about a quarter of a million rides. We also employ the drivers, so they are W2 employees instead of 1099 independent contractors,” said Suhey.

Revel’s overall mission is to accelerate EV adoption in cities. One of the biggest challenges to this mission, however, is the lack of fast-charging stations. Suhey explained, “It’s very much a chicken or the egg problem, where if you’re a standalone charging company, it is very difficult to make money. You have to be very confident that you have the baseline level of utilization to justify putting fast-charging infrastructure in the ground. And because we have that guaranteed baseline utilization, it gives us the confidence we need to build infrastructure,” said Suhey. As such, Revel built the largest universal fast-charging station in North America, in Brooklyn. The charging station is not only used to charge Revel’s fleet, but it is also publicly accessible. 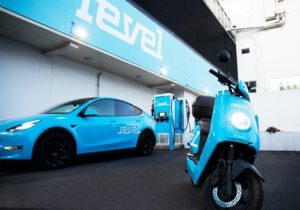 In 2021, Revel purchased a fleet of Tesla Y vehicles. They employee their own drivers and have already given over a quarter of a million rides. Credit: Revel

Penn State as preparation for business and industry

Along these lines, when Suhey was a tour guide at the university, he would share just how important it is to actively network. “It’s a big school with a lot of opportunity, but it’s very easy to get lost in the shuffle. So, if you put yourself out there, try new things, different clubs, different classes, you’re guaranteed to find something that works for you. I think that’s a similar mentality to starting this company. It’s a big world out there, and it takes effort to find the right opportunity,” said Suhey. 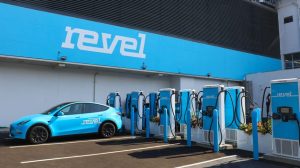 Suhey has always enjoyed solving difficult problems. He said, “When people ask me, ‘why did you go into chemical engineering?’ I have a lot of reasons I could tell people, but if I’m being honest, I think I chose it because it was supposed to be hard.”

Today, with Revel, with each new possibility of growth and expansion, challenges arise for Suhey and his team. But these challenges keep him energized. “With this company, there are no shortage of hard problems to work on with smart people. That’s what keeps me excited and motivated.”