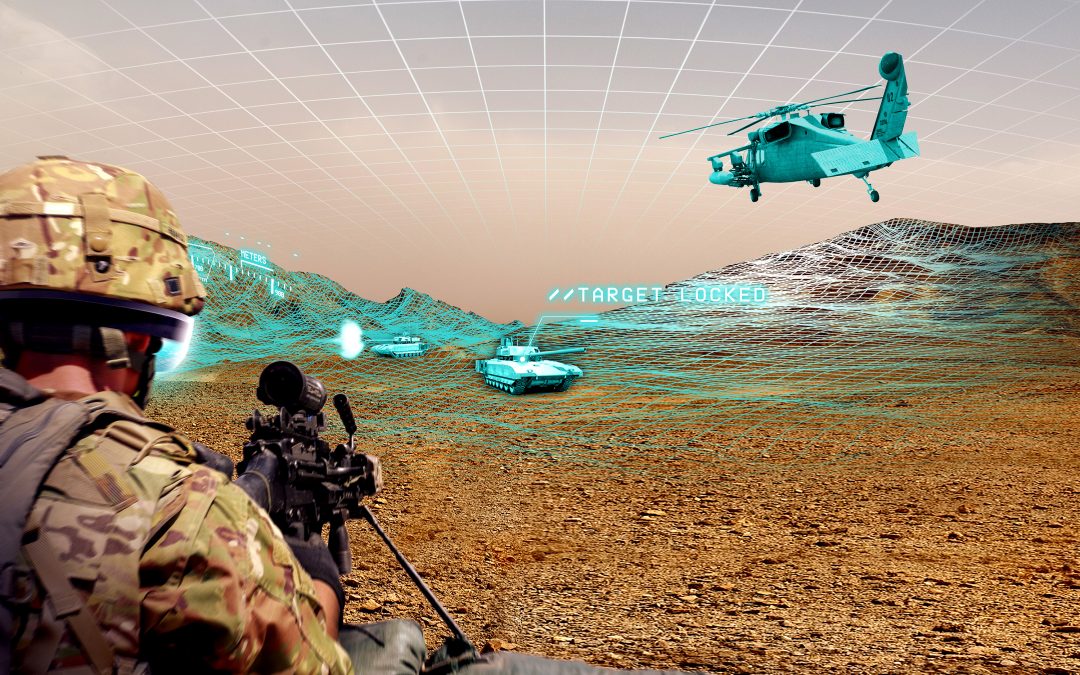 From Happy Valley to the U.S. Army and beyond, Raytheon Technologies isn’t just innovating, it’s paving the way to smarter defense systems. The company’s vision is to contribute to the creation of a safer world and to develop solutions to some of the world’s most pressing problems. (Case in point: In the wake of COVID-19, it created life-saving personal protective gear for global healthcare workers using 100-plus 3-D printing machines.)

Raytheon has a long history of contributing to military prowess. During World War II, it developed the aircraft engines and radars that gave the Allied forces its edge. And that desire to contribute to defense technology continues today. The firm also has a long history in Happy Valley: Haller Raymond & Brown (later renamed HRB Systems Inc.), formed in 1946 by three Penn State staff members working on a contract for the  Air Force. HRB grew to more than one thousand scientists, mathematicians, engineers, consultants and support personnel at its Science Park offices by the 1960s, before becoming part of Raytheon.

Raytheon Technologies Boldly Asks “What If?”

What if Raytheon Technologies focuses only on smarter defense to better protect freedom around the world? What if it only invented modern aviation or future-forward space technologies? Better yet, what if one company did it all?

That became more than just a hypothetical question in April 2020, when Raytheon Company merged with United Technologies, creating a company that combines two distinct legacies with the power to rise and meet the challenges ahead. The newly-named Raytheon Technologies brings more than 190 years of combined industry experience, 60,000 engineers and nearly 200,000 employees together. Its unique voices harmonize to support the company’s efforts to continue building on its history of innovation and groundbreaking solutions to build the future of global defense, space exploration and air travel.

Another boon of the merger is the company’s increased size and ability to rapidly develop and scale groundbreaking technology to benefit its customers, which include the U.S. Army, quickly and efficiently. Its ability to make stellar use of its research and development investments have placed Raytheon Technologies in a position to quickly address the priorities and needs of its defense customers. This was just one of the topics that the company’s experts discussed at the Association of the U.S. Army’s (AUSA) annual conference.

The conference connects tens of thousands of leaders in both industry and the Army, giving companies a dynamic opportunity for companies, soldiers and leaders to mingle together and learn more about the latest developments in both sectors.

Because of the pandemic, 2020’s AUSA Annual Meeting & Exposition was held virtually, but it was still chock-full of exclusive events, including a discussion and demonstration from Raytheon Technologies. This event was the company’s first opportunity to talk about what it produces and plans to produce for the Army since its 2020 merger. Exciting innovations of the present and future include everything from unmanned fighting vehicles to better data analysis.

Testing systems for resiliency and security is a delicate matter, particularly for mission-critical systems. One of Raytheon Intelligence & Space’s new products, DejaVM, allows specialists to make a digital twin of systems, ranging from simple desktop computers to complex weapon systems. It enables the Army to test software and security without having to grant testers with access to the actual hardware.

The 2019 AUSA Annual Meeting brought big news about Raytheon Missiles & Defense’s contract for building this missile-defense system. At the 2020 AUSA Annual Meeting, the headlines were all about the progress that’s been made. The first of its kind has been delivered to the test site and soldiers have been able to get a good look at the system and provide feedback for improvement.

The battlefield of the future may well be shaped by fighting vehicles designed to address threats and improve situational awareness on future battlefields. Together with American Rheinmetall Vehicles, Raytheon Technologies is working on a potential replacement for the Army’s Bradley fighting vehicles. The Lynx Infantry Fighting Vehicle, an Optionally Manned Fighting Vehicle (OMFV), will have more speed, agility and capability to better address the needs and priorities of the Army.

Raytheon Intelligence & Space is leveraging AI to support and improve the Army’s data analysis capabilities. After all, data is essential for making critical decisions and the flood of data the Army handles puts it at risk over missing key insights. For example, Cognitive Aids to Sensor Processing, Exploitation and Response (CASPER) software is in development. The design is intended to use machine learning and automation, enabling users to provide verbal commands to find the data they need to make decisions. For example, someone might ask CASPER to “prioritize surrounding threats.”