Feeling confused over crypto? Here’s what you need to know

There’s been a lot of buzz surrounding cryptocurrency within the past year or so. In 2021, social media mentions of crypto increased by 400%, even though a poll conducted in 2021 by Pew Research Center suggested that only 16% of Americans had actually invested in it. Skepticism and a lack of understanding may play a role in many people’s hesitation. But before you dismiss cryptocurrency as another fleeting trend, you may want to do a little research and take a second look at the potential.

Admittedly, there has been recent volatility in the market, with many people wondering if it was the end of crypto altogether. There have been a combination of factors that led to the downturn, including inflation and the falling stock market. Some crypto will crash. Some crypto is likely to go away. Others are here to stay, and experts widely hold that crypto is still the future, with even greater potential for growth once the dust settles.

One local expert in the field, Tim Sandau, the CEO of Verakari pointed out, “I would consider crypto kind of like the internet in maybe the early 1980s. I think we’re in that stage right now where there’s a lot of buzz around it. A lot of people don’t understand it and there’s not a ton of use cases for it yet.”

Crypto may still be in its infancy, but that’s the beauty of the potential opportunity. With stable and strong technology backing crypto up, Sandau noted, “I think people have an opportunity to get in on something that’s really still in its infancy stage of its growth. There aren’t many opportunities in your lifetime where you’ll be able to invest and participate in something of this large of a scale and be very early into it.”

“I think people have an opportunity to get in on something that’s really still in its infancy stage of its growth. There aren’t many opportunities in your lifetime where you’ll be able to invest and participate in something of this large of a scale and be very early into it.”

Sandau has been in the industry for about six years. Before partnering with other industry experts to create Verakari, which built its first facility here in Happy Valley, Sandau had already built the largest cryptocurrency mine in North America, in 2017. That mine is now a publicly-traded company. After resigning from that company, Sandau spent a lot of time in the industry doing independent consulting, including consulting for Fortune 500 companies and dozens of other small, independent cryptocurrency mines.

Sandau doesn’t provide financial advice, but he does urge everyone to do their research on cryptocurrency – Bitcoin and blockchain in particular. “I do think that cryptocurrencies and Bitcoin are still in a very early stage. It’s not too late for people to invest,” he said.

Here’s what he had to tell us.

At its most basic form, cryptocurrency is any form of currency that exists either digitally or virtually. It uses the art of writing or solving codes to secure transactions. Cryptocurrencies don’t have any central issuing, regulating authority like a bank or the U.S. government. Instead, crypto is a decentralized system that uses transaction records to issue new units of the currency.

Every Bitcoin, for example, that’s ever going to exist, currently exists. There won’t be any new Bitcoins ever made. Bitcoins are issued using the blockchain, either by solving complicated transactions or math equations, or by solving a problem on the blockchain. That’s how new coins are “minted” or mined. 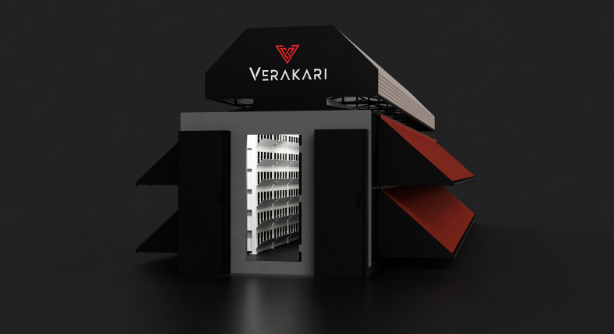 “Think of cryptocurrency like gold,” explained Sandau. “All the gold that’s on planet earth already exists. It’s already here. But we have to go find it and pull it out. People can’t go make more gold. Cryptocurrency is much like gold.”

How is crypto created?

There’s proof of work and proof of stake. Proof of work uses miners, which is how new crypto is made, to validate transactions. Sandau provided an example to illustrate how that works. “If I want to send you $50 in Bitcoin, there are miners all over the world that need to validate that transaction and say ‘Yes, Tim can send you the Bitcoin and you can accept them.’

“Proof of work uses a validation method to confirm transactions on the new block. This allows miners to say ‘Hey, it’s validated. Yes, I agree with it, the blockchain agrees with it and the transaction can go through.’”

“As someone who has been in the industry for a long time, I can tell you that crypto isn’t going anywhere,” predicted Sandau. “There’s no doubt that it’s the future.”

“Proof of stake protocols are a class of consensus mechanisms for blockchains that work by selecting validators in proportion to their quantity of holdings in the associated cryptocurrency,” explained Sandau. “This is done to avoid the computational cost of proof of work schemes.”

There’s no secret money in crypto

One of the main benefits of cryptocurrency is undoubtedly that it’s very low cost to use. If you were to do a large wire transfer or bank transaction, there are normally high fees involved. When it comes to crypto, you can transfer millions of dollars for only a couple of dollars. There’s no bank or agency that needs to profit.

But more interestingly, another benefit of crypto is that there’s a permanent record of every transaction, and that record can never be edited. “There’s no way to exchange money without the entire world knowing how you spent the money,” said Sandau. “That record follows that coin. For example, if you were to pay me in Bitcoin to mow your lawn, for the life of that coin everyone would know that you paid me with that coin. It's 100% always traceable.” 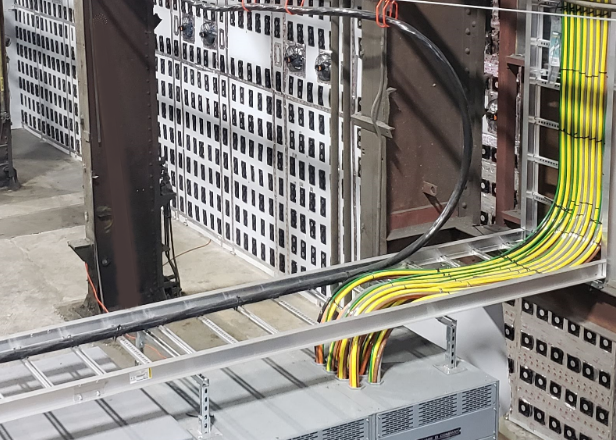 Titan cables in a cryptocurrency mine. Credit: Verakari

Crypto is here to stay

“As someone who has been in the industry for a long time, I can tell you that crypto isn’t going anywhere,” predicted Sandau. “There’s no doubt that it’s the future.”

There are two interrelated factors contributing to the recent buzz: An uptick in price and FOMO among people. Bitcoin, for example, has been holding steady in the last few months at $35,000 - $40,000. Sandau said, “JP Morgan values one Bitcoin at $147k, we have a national U.S. bank that’s saying one Bitcoin should be worth that amount, and you can currently buy it for $40,000.”

Another factor? People have a fear of missing out. “The excitement of a new technology and the possibility of a more efficient way to conduct business are driving interest,” noted Sandau. “Really the use cases, I think, are getting people excited. For the most part, people don’t really understand it, but they have a fear of missing out because they do believe in the technology as a whole.”

Could crypto eventually be a mainstream form of currency? Sandau believes so.

“So, in America more people own crypto than have savings accounts.”

“And that’s the adaptation we’re seeing,” he added. “People are choosing to save their money in crypto, which is now less volatile than the actual U.S. dollar, especially with inflation. Putting your money in the bank, it typically just sits there. But putting your money into Bitcoin, it generally increases in value. Even in a down year or month, you’ll still see an uptick.”

In addition to Sandau, the rest of the Verakari team is made up of similar industry experts. The chief operating officer built the second oldest crypto mine in North America and there are also ex-executives from Apple and Google on the team. Now, the company is excited to be growing crypto within Happy Valley.

“I was excited when we moved one of our biggest facilities to Pennsylvania and for the impact that it could have on the region,” recalled Sandau. “We’ve created jobs by hiring local talent. We’re in the old Titan Energy Park facility, which was a brass factory that was mostly unused. Now we’re bringing that facility back to life, putting a business in there again and creating jobs in there again. We consume a lot of power, approximately 10 megawatts of power right now. We’re also enrolled in a lot of programs that help the grid, so we are able to help stabilize the grid in central Pennsylvania so that the end consumer has a more stable electric price and stable electric use.”

Verakari has also partnered with the Central Pennsylvania Institute of Technology (CPI) and is helping the institute train students so they can be employed within the company. “We’re providing opportunities that really weren’t available until crypto came to town. That’s what we’re so excited to do as a business,” Sandau said.