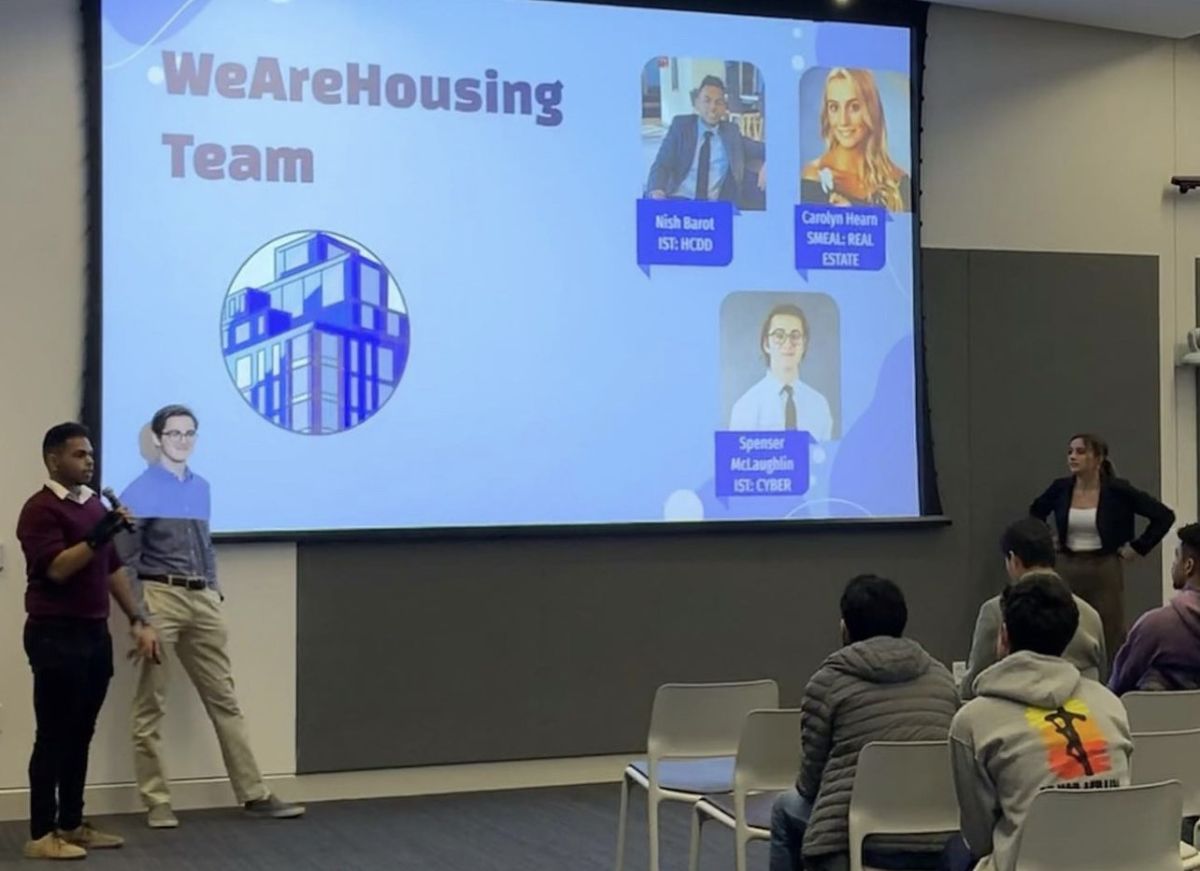 They say sunlight is the best disinfectant. Penn State student Tanishq Barot found this out the hard way, when he was forced to contend with a mold issue in the house that he was renting.

“My entire roof and bathroom were completely full of mold and when I reached out to the property owner, he came out twice to address the issue, but the third time I was on my own,” said Barot.

Barot eventually turned to the Centre County Housing Authority, which sent a representative to his residence to inspect the property. “I don’t know how you’re living here,” exclaimed the inspector.

The situation was fixed eventually, but not without some consternation and pushback from Barot’s landlord. Barot used his setbacks to fuel his inspiration, which led to a new housing platform:  WeAreHousing.io.

“Any small town with a disproportionately high student population, a scarcity of housing and an excessive resident turn over could benefit from a service like this."

A startup idea gets support from Penn State

Barot is no stranger to the world of entrepreneurism. He developed a passion for business early in his college career, after joining Innoblue, a Penn State, student-run, entrepreneurial organization that helps students innovate through workshops, field trips and networking, connecting them with like-minded individuals in the entrepreneurial community.

After the mold fiasco, Barot began informally surveying his peers. “What I discovered is that renters rarely have a voice in housing matters and resources tend to be scarce,” he said.

Barot subsequently reached out to Jason Conrad, who is part of a mentorship program in the College of Information Sciences and Technology. “Barot asked for my assistance, so I helped him work through issues around product [and] market fit, go-to-market strategy, how to organize teams and increase overall growth,” said Conrad.

Barot explains that WeAreHousing educates tenants to help them find reliable, convenient, up-to-date housing, while at the same time providing a robust roommate matchmaking system, which allows renters and landlords to communicate through the platform.

The platform also creates trust, while allowing for a degree of anonymity. “People balk at handing out personal information on bulletin boards on Reddit and Facebook for roommate matchmaking purposes. We help them avoid that,” he said, adding that spammers are taking over some of those sites anyway.

“It eliminates the need for any of them to have to go through sketchy places like Craigslist."

Barot also recognizes the preference for younger renters to communicate without chatting on the phone. “They can connect via the platform,” he said. Landlords, to join the platform, are required to submit a rental license.

Barot said that tenants who sign up are asked a series of questions about their situation and what they’re seeking and they will then be matched up with a landlord. “The platform ranks potential relationships, informing [renters] that a particular property may be a 70% match, for instance. The ball is then in their court,” said Barot

Commenting, once again, on the importance of transparency, Barot said that renters and landlords will be encouraged to submit reviews, which will help potential tenants hone in on who might be best for them. 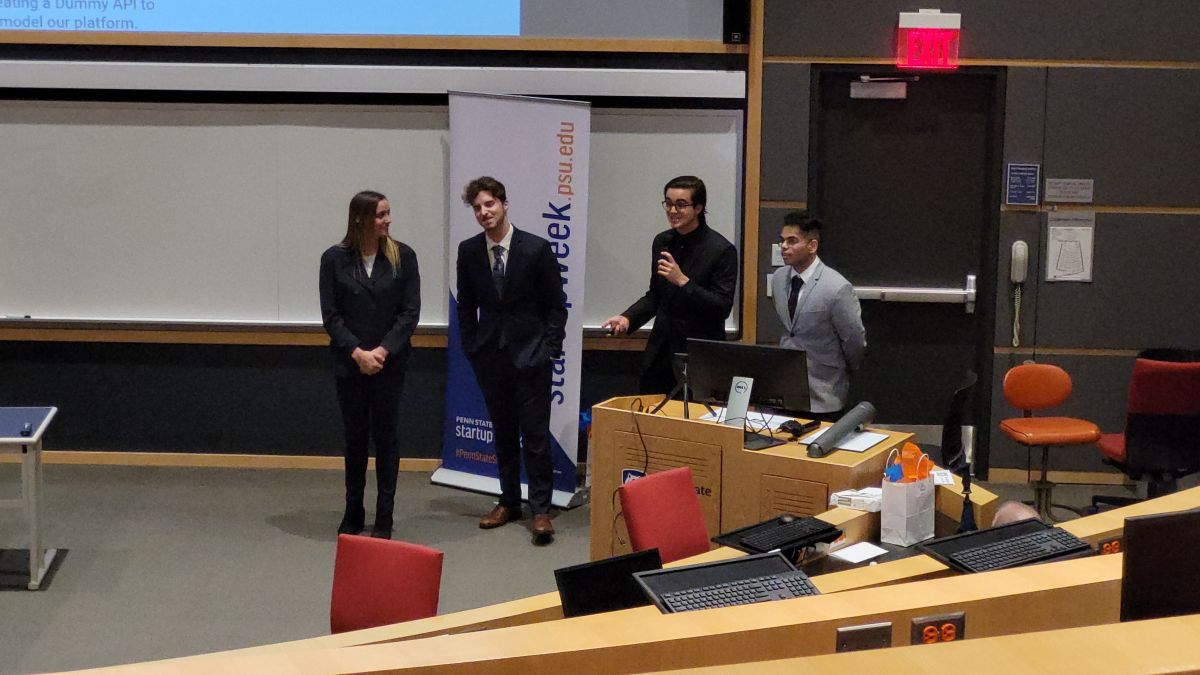 Barot’s mentor, Conrad, says the current student housing market is separated into two segments, creating a void in the marketplace.

“WeAreHousing solves a market problem that many college campuses face in regards to off-campus housing,” he said. “There are local real estate companies with inflexible lease agreements, mass-produced quality and sub-par living conditions where you’re often required to show up to sign a lease agreement with a group of people that you curate yourself … And then, there is off-campus housing that is locally owned and listed by private parties in obscure locations.”

Conrad believes that these issues present a problem when it comes to transparency. “If you’re a person seeking an off-campus house, your experience is much more fragmented and confusing than if you were living in a bigger city,” Conrad said, adding that WeAreHousing’s purpose is to connect people with rooms, or apartments for rent, with those who are seeking a quality housing situation. “It eliminates the need for any of them to have to go through sketchy places like Craigslist,” he said.

Most recently, Barot and his team of eight competed in the Penn State Fast Track Accelerator Pitch Competition, in mid-November, and, although they didn’t make it into the competition’s top three, they did have the opportunity to make valuable contacts with members of the community who are interested in connecting with investors.

The team is also planning on competing in additional entrepreneurial events this spring, and applying for Penn State’s Summer Founders program, where they have the potential to receive $15,000 to continue to work on their platform.

“WeAreHousing solves a market problem that many college campuses face in regards to off-campus housing."

As a junior majoring in Human Centered Design and Development, Barot feels that WeAreHousing is a good fit with the goal of the program, which is to use technology to enhance people’s lives.

Conrad is likewise optimistic for the future of the project and believes that Happy Valley is just the starting point for WeAreHousing. “Any small town with a disproportionately high student population, a scarcity of housing and an excessive resident turn over could benefit from a service like this,” he said, adding that it makes it easy for renters to find safe, quality places to live and helps property owners reduce expenses and maximize their rental income with vetted tenants.

“It’s like Airbnb, but for university students and longer-term rentals,” he said.