5 Things You Need to Know about ARL 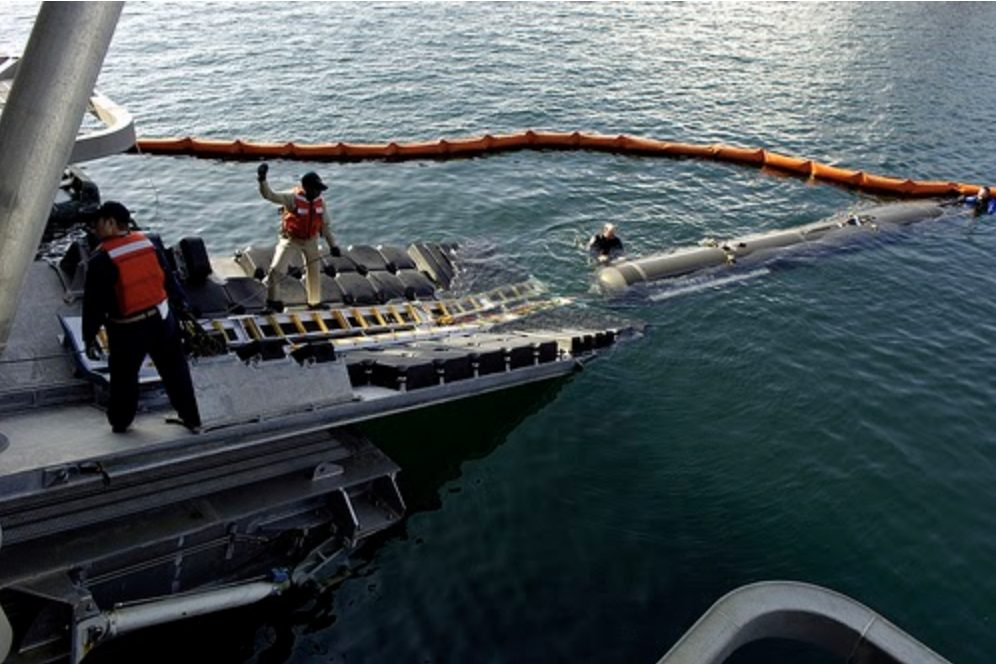 The Applied Research Laboratory (ARL) at Penn State has served America’s defense, industry and education communities for more than 70 years. It’s a Department of Defense (DoD)-designated University Affiliated Research Center (UARC) that conducts essential research, development and systems engineering in support of our nation’s priorities, free from conflict of interest or competition with industry.

Due to national security concerns, there’s a lot about ARL that isn’t released to the general public (read: us). But there’s a lot that we do know about this state-of-the-art research facility, and the work that it does here in Happy Valley that makes a global impact.

5. It all began with 100 engineers from Harvard.

ARL was formed at the behest of the U.S. Navy in 1945, when Dr. Eric Walker moved 100 engineers from Harvard University to Penn State just as the United States was coming off the largest war in its history.

Prior to World War II, Walker was a professor and head of electrical engineering at Tufts College and the University of Connecticut. Early on in the war, he was appointed associate director of the Underwater Sound Laboratory at Harvard.

When a portion of that laboratory moved to Penn State in 1945 as the Ordnance Research Laboratory (the name would later be changed to ARL), he became laboratory director, and then head of the Department of Electrical Engineering. By 1951, he was the dean of the College of Engineering and Architecture (1951), and by 1956 he became president of Penn State, a tenure lasting through 1970.

The completed tunnel in front of Penn State’s main campus. The university constructed a building around the tunnel, and the complex now sits next to the Westgate (IST) Building. Image: Penn State University Archives

Named after a Penn State alum killed in World War II, the Garfield Thomas Water Tunnel, located on North Atherton Street, is the U.S. Navy’s principal experimental hydrodynamic research facility. Built in 1949, this facility was the world’s largest circulating water tunnel for years, and was declared a historic mechanical engineering landmark by the American Society of Mechanical Engineers.

In addition to many classified Navy projects, the facilities’ research has been used in pumps for the Space Shuttle, advanced propulsors for ships, heating and cooling systems, artificial heart valves and vacuum cleaner fans, along with other propulsor-related products.

3. After more than 70 years, ARL is still king of undersea research.

In the decades since ARL was formed, it has remained at the cutting edge of research, with its leading technology playing a role in everything from cyber security to satellites in geosynchronous orbit. But even as its broad portfolio expands, ARL continues to make significant impacts on undersea research in partnership with the U.S. Navy.

ARL is a key developer of guidance and control technologies for undersea systems and vehicles. Its Undersea Systems Office serves as a research center of excellence in undersea weapons, unmanned undersea vehicles and advanced sonars, supporting national security and undersea warfare sponsors through the development and demonstration of science and technology with the expertise, tools and processes to take concepts from the early developmental phase, through transition to industry and the fleet.One example of this undersea research is the Seahorse Autonomous Undersea Vehicle (AUV), developed in 1999 in support of the Naval Oceanographic Office of the United States Navy (NAVOCEANO). The Seahorse was designed for environmental survey/bottom mapping and its payload includes a multibeam bathymetric sonar; Synthetic Aperture Sonar (SAS); an Acoustic Doppler Current Profiler (ADCP); and a Conductivity, Temperature and Depth (CTD) sensor. At 28 feet, six inches and weighing 10,800 pounds, Seahorse is an untethered, unmanned, underwater robotic vehicle, capable of pre-programmed independent operations.

2. Beyond undersea research: A broad portfolio keeps ARL on the leading edge.

ARL offers a wide range of engineering services to clients and sponsors, who also can take advantage of the many specialized facilities maintained by the laboratory.

While ARL has continued its integral relationship with the U.S. Navy, it’s also broadened its reach over the years. Today, the staff of 1,300 research faculty, engineers, staff and students work on prototyping novel power and energy systems, as well as performing state-of-the-art research in areas like computational fluid dynamics, electro-optics and directed energy. They operate the Navigation Research and Development Center for the test and evaluation of the country’s most precise positioning, navigation and timing systems.

“I am extremely proud of the technologies developed by the men and women of ARL,” says former ARL director Paul Sullivan. “ARL science and engineering contributes to the security of our nation, increasing the economic competitiveness of the country and helping to educate our future engineering workforce. The role of ARL and the other UARCs will be increasingly important as our nation’s adversaries become more technologically advanced and as our military strives to become more efficient and cost effective.”

In March 2018, the U.S. Navy awarded ARL the largest research contract in the university’s history — worth as much as $2.1 billion over 10 years — to conduct research and development to improve U.S. national security.

According to Paul Sullivan, who was director of ARL when the contract was signed (he stepped down in 2019, as he strongly felt that leadership at ARL should be refreshed every five years), “This contract demonstrates the great positive impact that Penn State research has on our nation and the world through the breadth and depth of our programs in engineering, technology and applied science.”