When news broke regarding Voyager Capital investing $7.3 million into Videon to propel growth and innovation in live streaming, I was already working on a story on Ben Franklin Technology Partners and how the organization’s early-stage investment money, startup training and ongoing mentorship impacts the HappyValley tech ecosystem.

Ben Franklin’s Director of Communications Liz Wilson looped Videon Chairperson – President Todd Erdley into our emails just hours before Videon’s news filled inboxes and news stories. I wanted to know Ben Franklin’s role in launching Happy Valley companies that go on to offer world-class solutions. And Erdley, as his company was making headlines, replied with this: “There is something very, very, very impactful happening over the last year that is resulting in large sums of capital coming into Happy Valley in support of driving growth in the private sector. Before too long, I strongly believe that Happy Valley will not be considered with the question ‘why did you stay’ but rather, ‘why did you move here to start a company.’”

He says Ben Franklin’s role in his company, and Happy Valley, has been transformative. “Obviously the money is appreciated. But more important is the mentoring. And that selfless mentoring is the item that has driven me to develop the Centre Region Entrepreneurial Network that builds upon the great work of Ben Franklin.”

“I could go on and on and on,” he said. “But had it not been for Ben Franklin, announcements like the one that just came out about Videon today would never have been possible.”

Videon is one of many Happy Valley Industry 4.0 companies that have made a world-class impact on their industry thanks to early investment from Ben Franklin. Liz Wilson says, “Ben Franklin was funded by the Commonwealth to make these very early, risky investments. It has invested in dozens of central Pennsylvania startups such as Actuated Medical, BioMagnetic Solutions, Drucker Diagnostics, KCF Technologies, Reclamere, Sensor Networks, Videon, Phospholutions, SoftGenetics and Mission Critical Partners, to name just a few. We use the payback from successful investments like these to reinvest in new portfolio clients.”

However, as Erdley points out, it’s not just the investment dollars — although they are offered at a critical time when startups typically have few options for money other than friends, family and maxed-out credit cards — that matter. Ben Franklin also offers expert mentoring and entrepreneurial training.

“There is something very, very, very impactful happening over the last year that is resulting in large sums of capital coming into Happy Valley in support of driving growth in the private sector. Before too long, I strongly believe that Happy Valley will not be considered with the question ‘why did you stay’ but rather, ‘why did you move here to start a company.’”

“Let’s not kid ourselves, the investment money from Ben Franklin is important,” Erdley says. “But that investment only goes so far. What a company like Videon realizes is that the investment from Ben Franklin is the start of an extended journey where the team at Ben Franklin is there to support and literally augment all facets of your company’s growth. It might be marketing help, or HR help, or accounting help. And it is always a continual supply of wisdom and counseling. Videon and others like Videon come to rely on these ‘transformative’ services far greater than the funds invested. The Transformation Business Services Network was absolutely key to Videon’s evolution and positioning to the point where we received the Series A Venture Capital Investment from Voyager Capital.”

In an interview that I had with Salimetrics founder Doug Granger in 2019, he told me the same thing. He said that without Ben Franklin and Dan Leri at Innovation Park, Salimetrics would have never gotten off the ground, let alone made its way to the very top of salivary bioscience.

He said if the company had started somewhere like California, “the workers would have been much more expensive, and it would have taken a much larger investment to get it off the ground. Plus there weren’t resources like Ben Franklin to help us in California. There is startup help, but most investors are looking for the next big thing — the next million-dollar idea — not the next little thing that could grow.”

“But had it not been for Ben Franklin, announcements like the one that just came out about Videon today would never have been possible.”

Erdley agrees. “When I describe the support Ben Franklin provides to my fellow entrepreneurs from other states, I have never had someone say, ‘that is fine but consider the support we get.’ That applies not only to here in the United States, but also to my overseas counterparts. And speaking a bit proudly of our local Ben Franklin team, my sense is this team, headed by Steve Brawley, is unique even in Pennsylvania. While many great companies are emerging, this is not a hotbed for entrepreneurship where people wake up each moment thinking, ‘I want to start a company.’ In my opinion, this causes our Ben Franklin team to be more aggressive, more ‘can do’ and more passionate. I truly believe that what we have in central Pennsylvania with our local Ben Franklin team is highly unique.”

He says the “highly unique” benefits that Ben Franklin offers have helped to create the bloom of investment interest that Happy Valley has seen this past year with millions poured into companies like EnergyCAP, BioMagnetic Solutions and Phospholutions.

“The Transformation Business Services Network was absolutely key to Videon’s evolution and positioning to the point where we received the Series A Venture Capital Investment from Voyager Capital.”

“Look no further than Videon just obtaining Venture Capital from a professional, institutional firm that is from the Pacific Northwest. What attracted them to Videon was our talent, our thinking and our product positioning. They quickly came to realize Happy Valley is a great place to invest. And it is not just Videon. There are great things happening with many local companies right now that are gaining funding from national investment firms.” 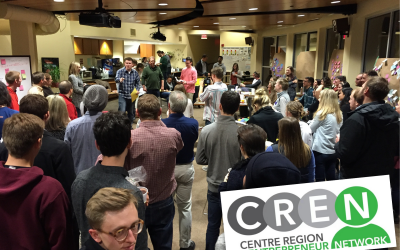 Join 100 of Your Entrepreneurial Friends!

Centre Region Entrepreneurial Network (CREN) is back to face-to-face meetings this week and you still have time to RSVP! Join 100 of your entrepreneurial friends from around Happy Valley for an evening of networking, collaboration and fun, Aug. 5, 5–7:30 p.m. The... 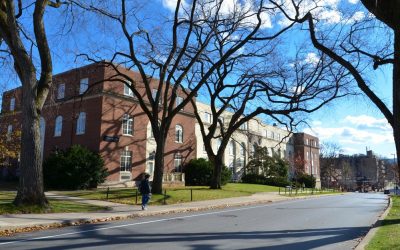 Penn State doesn’t just foster innovation — it puts its money where its mouth is with its annual Penn State Biodevices Seed Grant and Grace Woodward Collaborative Research in Engineering and Medicine Grants, both open to PSU faculty across disciplines. Designed to... 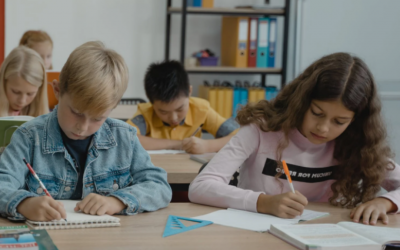 From Startup to Global Leader in Educational Technology: The Schoolwires Success Story

Edward Marflak founded Schoolwires in 2000 with the mission to serve schools with a solution for managing and sharing information with students and families. Ben Franklin Technology Partners, part of Happy Valley’s entrepreneurial ecosystem, provided support that...